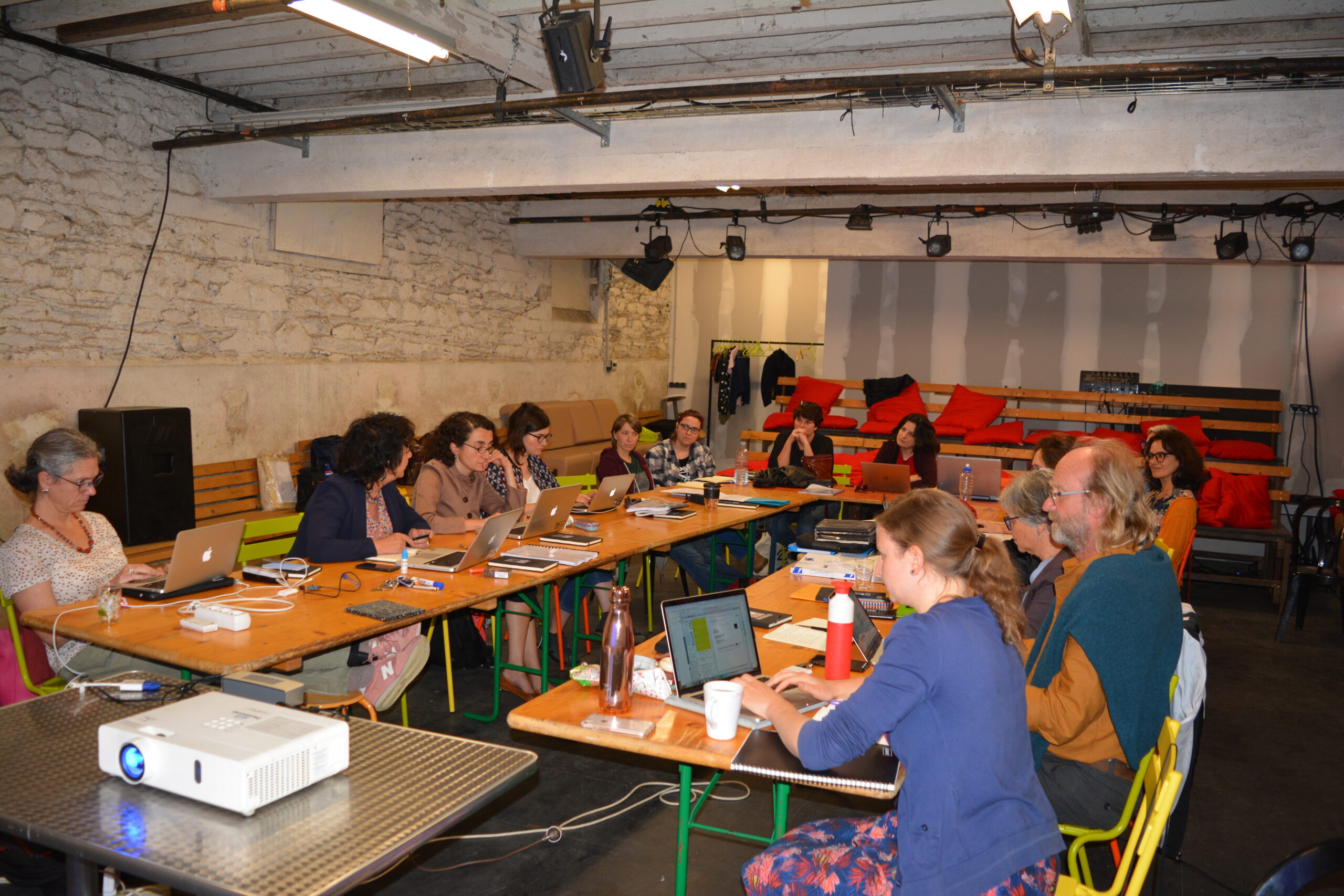 For three days, a part of the ARGOS group evaluated the first of the five observations programmed in the project, which was held in Palmela (Portugal) in April 2019, at Au bout du plongeoir in Thorigné-Fouillard, close to Rennes. The relationship with the artistic team of Teatro O Bando and the various arrangements necessary for this unprecedented form of ephemeral community brought together during an intensive week of rehearsals have revealed the strengths and weaknesses of the experimental ARGOS project. These three days of evaluation allowed us as well to come back to the various research issues raised by the project. How to negotiate the places of artists and observers in the creative process? What are we trying to document? What are we trying to analyse? The answers were multiple and revealed the wealth of questions raised by the nomadism of this research project. New questions linked to the way people look at the creative process are emerging and invite researchers to question a plurality of factors. In that way, it is no longer a question of restricting one’s attention to the creative process but rather of analysing the creative contexts as well as the relationships that define the temporary communities.