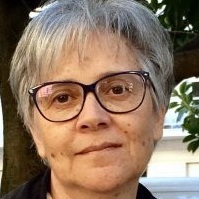 With a Phd in French Litterature by the School of Arts and Humanities of the University of Lisbon, Maria João Brilhante is now Associate Professor at FLUL, where she teaches, since 1979, in the Performance Studies department and Theatre Studies post-graduation courses.

She directed the Centro de Estudos de Teatro (CET-FLUL), in 1996-2000, 2004-2008 and since 2018 until the present, where she was also the Senior Researcher responsible for the projects Textos de teatro de Autores portugueses quinhentistas, and OPSIS: base de dados iconográfica de teatro em Portugal, both having received three years funding from the Ministry of Science and Technology.

She was also responsible for the coordination in Portugal of the project Texto e imagem: perspectivas críticas para investigação em Artes Cénicas (Theatre and images: critical perspectives for the research in theatre and performance) which gathered a group of researchers from the Federal University of Rio de Janeiro-Unirio, the São Paulo University and the University of Lisbon (2008-2010).

She was, from 2008 until 2011, the President of the Administration of the National Theatre D. Maria II and is a member of the Prix Europe pour le Théâtre. She has published essays and books on literature, theatre translation, theatre iconography, Portuguese theatre history and drama.